The hardest news for Kristy to hear was her active days were over. Being someone who has kept active her whole life, this was devastating.

Kristy was always fearless as a child, and grew into an even stronger woman. She kept up with the boys, showing them up in sports, while keeping one foot in with the girls as a cheerleader.

She took her athleticism to new heights at the age of 20, when she enrolled in her first figure competition.

I was a bundle of muscle. I reached a low of 98 pounds for one of my competitions, and I’m already a small person. My diet was very unhealthy, but I didn’t know any better then . . . I became obsessed with every ounce of food I ate, and everything I ate had to be in my meal plan.

Kristy began to recognize her obsession with food and consulted with her coach on the matter. She needed an explanation as to why it was necessary for her diet to be so drastic.

He didn’t have any logical explanation. ‘It’s just what you do’.

Understanding the reasoning behind being told what to do is necessary for Kristy. She started researching nutrition, which lead to a passion in health and wellness. She found her niche in school, taking classes that furthered her understanding of the human body. Nutrition became a passion for her when she understood the role nutritious food played in the body. She continued competing with a fresh perspective on nutrition.

Kristy woke one morning with intense pain in her abdomen. Her condition worsened throughout the day, leaving her no choice but to go to the emergency room. Kristy then discovered her entire body was in immediate danger.

My kidneys were collapsing and my liver was shutting down due to a severe aortic condition I’d had since birth.

She was diagnosed with Median Arcuate Syndrome (MALS), a rare vascular disease. So rare, in fact that only 1% of the population suffers from it. The doctors were dumbfounded. They told Kristy that in order to protect her health, she needed to minimize physical activity. 19 surgeries later, a mechanical valve was placed in her celiac artery.

This condition should have killed me years ago, but being an active person saved my life because it kept my heart strong. . . .

However, Kristy’s weight dropped down to a mere 90 pounds. She was weak and frail from not eating. Any amount of food she ate made her body respond with painful inflammation and swelling. Her health declined further. The coup des gras of this nightmare was gaining 40 pounds overnight when her kidneys collapsed yet again.

Kristy had to decide on whether she would follow what her doctors strongly recommended to protect her health, or she could continue to pursue her passions. Kristy chose the latter.

Regardless of the fact that she is in chronic pain every single day of her life now, Kristy chooses to keep going. She emphasizes great importance on listening to her body.

If I wake up and it’s not a good day, I rest. I take advantage of the good days and go as hard as I can.

I have an amazing support system. My family can take one look at me and know when it’s a bad day. They’re there for me no matter what.

Kristy has since earned her certification in personal training, nutrition, sports & conditioning, and her L1 CrossFit. She plays the role of a life coach to her clients, teaching the importance of balancing your macronutrients and staying strong through regular strength training and cardio.

Kristy is Gnarly, because she doesn’t let anything stop her. She understands life from an uncommon perspective and sees the value of living, never wasting it. She knows who she is and what she wants, making her an exceptional role model for those looking to make important changes in their lives. 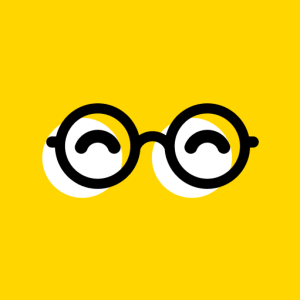