Is your body fat holding you back from performance?

In the course of most athlete’s training, there comes a time when progress stalls. Aside from the normal change-up in routine, many also begin to consider whether their body composition is holding them back. It’s natural: there’s a clear visual correlation between overall skill and body fat percentage, with the stronger athletes typically being quite lean.

What’s often less clear, though, is the effect of total muscularity. Certainly, total muscle is a recognized component of skill in many sports—but even where it’s recognized, there’s still a tendency to weight body fat percentage more heavily in importance. Maybe it’s because it’s easier to visually judge the results of losing 5 lbs of fat versus gaining 5 lbs of muscle—but either way, when an athlete reaches the fork where they must choose whether to gain muscle or lose fat, they typically opt for the latter.

This article is about making a more rational choice. I’m not going to argue that there’s never any value in losing weight—“cutting”. There can be, depending on your own personal situation. In my experience, however, most athletes would benefit foremost from a diet that encourages muscular development over fat loss. To illustrate this, I’m going to introduce you to a measure known as the “fat-free mass index”.

The fat-free mass index: bmi for athletes (kind of)

You’re probably already familiar with the concept of the body mass index, or BMI. BMI compares your total body mass (i.e., fat and lean combined) and compares it to your height. For a long time, BMI was used as a type of shortcut measure for a person’s health: a BMI of 18 to 25 is considered healthy while 25 or more is overweight and 30 or more is obese.

Without going into all the problems with using BMI as a gauge of health, one major problem is that it doesn’t measure athletes’ health particularly well. Athletes typically have a lot more muscle than the average person, and less fat, and so it wasn’t uncommon for athletes in exceptional health to have BMIs over 25 and unfairly be deemed “unhealthy”.

Fat-free mass index, or FFMI, is similar in concept but slightly different in execution. Instead of measuring the total mass of your body, it only considers the lean (or fat-free) mass. This makes it less accessible (as you must know your body fat percentage), but also increases its utility. Unlike BMI, though, FFMI doesn’t measure health—it measures muscularity.

On the other hand, athletes—those who specifically engage in training, not just normal, daily physical activity or low volumes of sport—typically have FFMIs on the upper end of average or above. So while being a generally active person is undoubtedly healthy, it doesn’t produce the type of muscular adaptation seen in those who train for and engage in sport numerous hours each week.

When Might It Be Important to Gain Muscle Rather Than Lose Fat?

Since athletes tend to have significantly higher FFMIs than just normally active individuals, we can use FFMI as a rough measure of how much more muscle is normal for athletes in a specific sport. If your FFMI is significantly below the “normal”, then you have a lot more to gain from gaining muscle—and perhaps a lot less to gain from losing fat.

The caveat is that we unfortunately don’t have a ton of data on athletes in many sports, so we’re a little blind. Thankfully, there does seem to be a lower limit across all sports—and that lower limit is at least equal to upper levels seen in an “average” person (i.e., 21 for men and 17.5 for women).

Realistically, most people won’t be able to increase their FFMI to the levels of elite athletes, just like most people won’t be able to decrease body fat to the same level often seen in these athletes. Elite athletes usually have a combination of genetics that allows for these above average levels, and you and I simply don’t have the same capacity. Just because we can’t achieve the exact same results, however, doesn’t mean we can’t use FFMI as a guide.

To begin with, I want to stress that you shouldn’t even be worrying about your FFMI until you are an experienced athlete in your sport of choice. When you’re still in the novice stages of training, the body will lose fat and gain muscle much more easily and you rarely need to focus on solely one or the other unless you are exceptionally skinny or overweight. Thus, you can train and be safe in the knowledge that you’ll be gaining muscle and losing fat simultaneously.

When those amateur gains fade, that’s when it starts to be more pertinent to know your FFMI and body fat—but there’s still likely to be a strong incentive on gaining muscle rather than losing fat. This is because:

There’s also a third reason, which is that gaining muscle will naturally decrease body fat percentage. Provided your muscle gain doesn’t come with a commensurate amount of fat gain—which is all but guaranteed unless you’re performing a bodybuilder-style hard gain in which you consume massive amounts of food to guarantee a maximum of mass accretion—every pound of muscle you gain will effectively reduce your muscle-to-fat ratio.

The easiest way to be sure is to measure your FFMI. If your FFMI is still about average, you likely have a lot of muscular development to do to reach your potential. This is true regardless of sport, as it can be argued that FFMI is an effective measure of overall strength and nearly every sport has physical strength as a component of skill—even sports that require high strength-to-weight ratios.

Athletic performance is a combination of factors: strength, technique, genetics, nutrition, lifestyle, and weight all play a role. When we plateau and realize we need to change things up, it’s natural to focus the factors that are easiest to change, and amongst the factors above, nothing is more immediately noticeable than changing your weight. That doesn’t mean losing weight is the best solution, however.

If you’re not already an elite athlete, chances are you have room to develop in numerous areas beyond weight—and the reality is that this is, for most people, weight is one of the less important areas. Most amateur athletes have significantly less (sport-specific) muscular development than their professional counterparts, and are less technically skilled as well, both of which limit their performance more greatly than the often minor differences in total body fat.

This isn’t to say you can never spend any time attempting to lose weight, or that you won’t gain any value from it—but it does suggest that this shouldn’t be a focus. If your goal is simply to improve your body fat percentage, this can be achieved even without fat loss by gaining muscle. For most athletes, this will be more effective for their performance long-term; in fact, this is exactly why elite athletes have low body fat percentages in the first place—not because they spent a lot of time dieting to lose their excess body fat, but because they spent so much time training and developing their body as a whole that it occurred naturally.

If you’re unsure of where you should focus your efforts, you wouldn’t be remiss in measuring your FFMI. Chances are it’s lower than the professionals in your sport, and if it is, you have a solid foundation upon which to base your future training—and at the very least, you have another variable to gauge progress with. 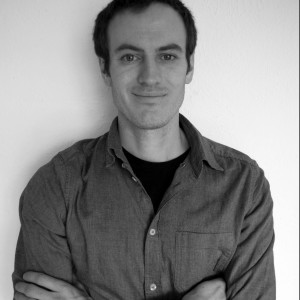 Brian Rigby, MS, CISSN is the writer behind ClimbingNutrition.com and a certified sports nutritionist who works with climbers and athletes at large. In both roles, his approach is solidly evidence-based with an emphasis on rationalism. When not busy with clients or writing, he’s out climbing rocks or longboarding with his two dogs.