How much protein should you eat per day? – Gnarly Nutrition
x 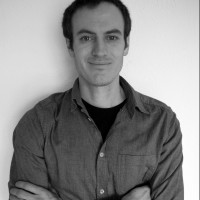 How much protein should you eat per day? Chances are you’re imagining something like “1.2 to 1.6 grams per kilogram” or “1 gram per pound” right now. These are the classic figures used by sports nutritionists the world round, and it’s the way most athletes have been trained to think about protein.

There’s a problem with these figures, though: they’re not particularly accurate. Depending on your weight, the amount of protein recommended could be near right, but just as likely too high or too low. There’s also a lot of in-fighting about which figure is best, which occurs precisely because none of these figures are well-backed by science. Honestly, we know enough now to make a different type of protein recommendation altogether—which is what we’ll be looking at here.

Why is it that there are protein recommendations that go all the way from 0.8 grams per kilogram (the RDA) to 2 or even 3 grams per kilogram? Partially, it’s because the research itself is varied, particularly with regards to the participants.

The meta-analysis the RDA is based on, for example, only used studies on what we might call “average adults” and not athletes (though we might assume these adults did an “average” amount of exercise). It also assumes that “adults do not normally accrete body protein”, which is a fair assumption for the “average adult” but not true of the average athlete. Finally, the RDA’s goal was “zero” nitrogen balance—meaning neither gaining nor losing overall body nitrogen—while an athlete’s goal is positive nitrogen balance, or gaining nitrogen (i.e., muscle).

For athletes, we wind up with a wide range of recommendations from individual studies, which helps explain why you don’t see single, widely-accepted figures. Most of these studies do hover around the 1.2-1.6 grams per kilogram mark, though, and very few have found benefits above 1.8 grams per kilogram. Recommendations for greater amounts of protein have no scientific basis, and are likely just simplifications (e.g., 2.2 grams per kilogram = 1 gram per pound, an easy figure to remember) or brazen bro-science.

When presented with a wide range of potentially conflicting data, a nice way to try and resolve the dispute is to analyze it together through a meta-analysis. This has happened twice recently, but unfortunately for us (or at least for our desire to arrive at a single figure) they came to two very different conclusions: the first found that optimal intake for athletes is 0.8 to 1.0 grams per kilogram, while the second found that the upper limit of benefit is likely to be 1.6 grams per kilogram. What gives?

The answer can be found in what they agree on—the “per meal” dose of protein. Both give the exact same recommendation of 0.25 grams per kilogram per meal, which the first helpfully clarifies as “20-30 grams [protein] and greater than 2 grams of leucine per dose”. We’ve found our new metric.

Like carbohydrates and fats, proteins are a type of macronutrient—they contain calories. Unlike the other two, however, proteins are built of small units (amino acids), some of which our body uses as signals. For athletes, the most relevant of these amino acid signals is leucine, one of the branched-chain amino acids.

Leucine triggers something every athlete is interested in: muscle protein synthesis. Through research, we’ve been able to determine that for most adults, muscle protein synthesis is optimally triggered by a dose of about 1.5-2.0 grams of leucine, meaning that any less than this and we don’t get a full benefit but any more fails to provide further benefit. Of course, most foods don’t list a leucine content, but that’s okay—every high-quality protein source (e.g., meat, dairy, eggs, most legumes, etc.) contains at least this amount for every 20 grams of protein.

Other research specifically on the effects of dietary protein on muscle protein synthesis confirms this 20-grams-of-protein-per-meal figure. And interesting enough, none of these studies have ever noted a difference between participants of different sizes, even when they are specifically trying! Big or small, bulky or wiry, it doesn’t matter—all benefit from the same dose of protein to the same extent.

The next question, then, is how does this translate to daily intake of protein. Can we, for example, have 20 grams of protein every hour—or do we need to wait some in-between? We don’t have a perfect answer to this question, but we do know that the muscles need at least some downtime in-between doses because they enter a “refractory period” during which they become insensitive to further protein. From what we can tell, this period is around three hours, though it’s possible that it can be shortened or lengthened by other factors we haven’t fully investigated (like the effects of exercise or insulin). We’ll cast that bit of murkiness aside, though; for our purposes, three hours is accurate enough.

If we must wait three hours in-between, that means we realistically can only get six “doses” of protein per day, at least assuming you sleep a normal amount at night. Sure, you could make like Hafþór Björnsson (aka ‘The Mountain’ for GoT fans) and wake up in the middle of the night just to get an extra dose—but assuming you don’t, we’re looking at a hypothetical 120 grams of protein per day to get the maximum benefit.

Is 120 grams per day divided into six meals the final recommendation? Not quite; there’s a bit more to discuss.

First, it’s important to understand that the studies we’ve used to measure muscle protein synthesis do so acutely, meaning in the short-term. However, we have sufficient reason to believe that long-term­, these spikes will lead to diminishing returns. This doesn’t mean we need less protein to get a spike, but rather that we need fewer spikes to get the same results as we continue training—e.g., less daily doses of protein.

We see this most clearly when we examine the difference in protein requirements between novice and well-trained athletes. As training continues, protein requirements don’t increase—they drop! This occurs because muscle growth slows down as you become better trained (nobody puts on muscle like a beginner) and also because your muscles become more efficient at using protein.

We also need to understand that protein in isolation behaves differently than protein as a part of a mixed diet. Increasing calories can drive down protein requirements because you have less muscle protein breakdown, while decreasing calories pushes it up. Training more frequently can increase the amount of protein you use, but training too much will unduly increase muscle protein breakdown. It’s a complex picture that can’t be easily understood from simple studies.

The big picture, though, is that six doses of protein per day is probably more than most people need, with the possible exceptions of novice athletes looking for rapid training gains or those losing weight and trying to maintain muscle. Most people will do great on four meals per day and can choose to add a fifth if it happens to fit in their schedule neatly. Three meals per day… well, it’s not the end of the world, but you probably won’t get full benefit either.

Wrapping Up the Grams-Per-Kilogram Controversy

If you parse some numbers, you’ll find that for an average person 1.2 to 1.6 grams of protein per kilogram falls neatly within the 90-120 gram total I just listed. This isn’t because it’s a good model, it’s just a statistical accident.

If you’re a 100-pound woman, the grams-per-kilogram model doesn’t work for you; you’ll get far too little protein to support your goals, even if you get enough for daily maintenance. To get enough protein on a grams-per-kilogram basis, you’d need around 2.2 grams per kilogram. Conversely, a 240-pound guy would need only 0.9 grams per kilogram protein to fall within our updated goal. They might “feel” better getting their typical 170 grams, but it’s not doing anything for them, and we can suggest better.

Still, as nice as it’d be, we’re not going to see the end of the grams-per-kilogram model anytime soon—we’re just too attached to the idea that we need wildly different amounts of protein depending on our size and athletic goals. You can do better though. Aim for four meals each containing 20-30 grams of protein each and every day. Space them out. If you want to and don’t find it inconvenient, eat a fifth meal, or have a protein shake before bed. And train hard! You’ll do incredible.

Check out Protein Options from GNARLY
SHARE THIS ARTICLE